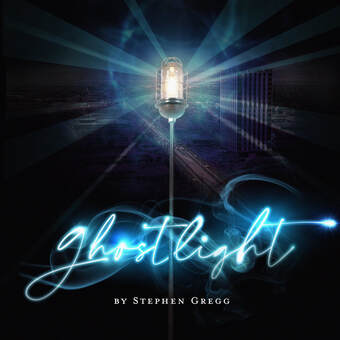 When Garbiela Nettles is admitted to Doves Forge, a prep school, she’s not nearly qualified for, she starts to see and hear things that no one else does. With the help of two new friends, she tries to unravel the secret of her visions and of the tragedy that happened at the school a decade ago. Ghostlight is a comedy about ghosts, the past, and friendship. - Stephen Gregg, March 31, 2020

Your Job AT THE SHOW

Stephen Gregg’s play, This is a Test, helped define a genre of one-acts when it appeared in 1988, and it continues to be one of the most-produced one-acts in the country. Since then, he has published over twenty plays for secondary schools to perform, including Small Actors, One Lane Bridge, The New Margo, S.P.A.R., Twitch, Wake-Up Call. His play Crush appeared on the mainstage of International Thespian Festival in 2016, and Trap was the closing night play for Festival 2018.

Angela Klusman, Maureen Stepak, Lea Golden, Texas Thespians, Kansas Thespians, the Educational Theatre Association,
​our friends and family, and the Olathe School District for their support of theatre in our schools.

Instructions
1. In large saucepan combine marshmallows and milk. Stir over medium heat until the marshmallows are completely melted. Chill until mixture holds its shape when dropped from a spoon.
2. Slowly mix in the mint extract and chocolate extract and stir until all the ingredients are combined completely.
3. Beat the whipping cream in a chilled bowl until it forms stiff peaks. Gently fold whipping cream into marshmallow mixture. Add food coloring to desired color.
4. Spread into pie crust. Cover and refrigerate for at least 4 hours. Be sure to refrigerate any leftovers.

If you are able to financially support our program, please send checks made payable to Olathe South Theatre. We will add you to our mailing list and include you as a patron of our theatrical performances in future programs. Check can be sent to our school address at the bottom of this page. Thank you for considering.